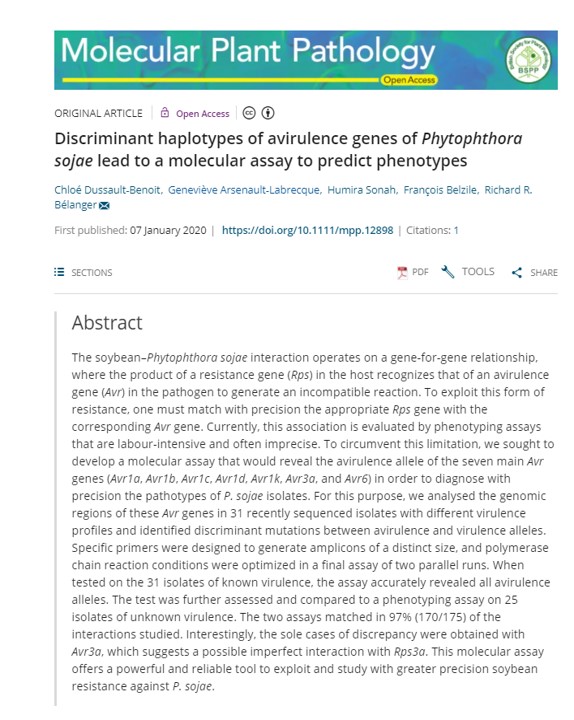 The soybean–Phytophthora sojae interaction operates on a gene-for-gene relationship, where the product of a resistance gene (Rps) in the host recognizes that of an avirulence gene (Avr) in the pathogen to generate an incompatible reaction. To exploit this form of resistance, one must match with precision the appropriate Rps gene with the corresponding Avr gene. Currently, this association is evaluated by phenotyping assays that are labour-intensive and often imprecise. To circumvent this limitation, we sought to develop a molecular assay that would reveal the avirulence allele of the seven main Avr genes (Avr1a, Avr1b, Avr1c, Avr1d, Avr1k, Avr3a, and Avr6) in order to diagnose with precision the pathotypes of P. sojae isolates. For this purpose, we analysed the genomic regions of these Avr genes in 31 recently sequenced isolates with different virulence profiles and identified discriminant mutations between avirulence and virulence alleles. Specific primers were designed to generate amplicons of a distinct size, and polymerase chain reaction conditions were optimized in a final assay of two parallel runs. When tested on the 31 isolates of known virulence, the assay accurately revealed all avirulence alleles. The test was further assessed and compared to a phenotyping assay on 25 isolates of unknown virulence. The two assays matched in 97% (170/175) of the interactions studied. Interestingly, the sole cases of discrepancy were obtained with Avr3a, which suggests a possible imperfect interaction with Rps3a. This molecular assay offers a powerful and reliable tool to exploit and study with greater precision soybean resistance against P. sojae. 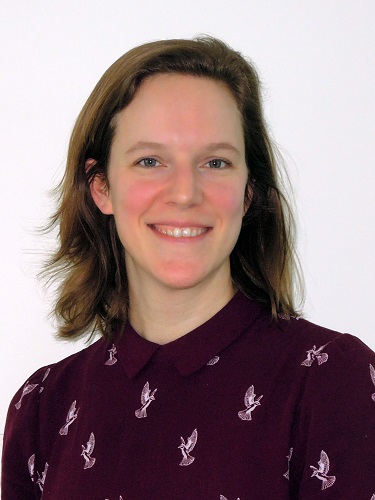