A gold mine of nucleotide and structural variation in soybean 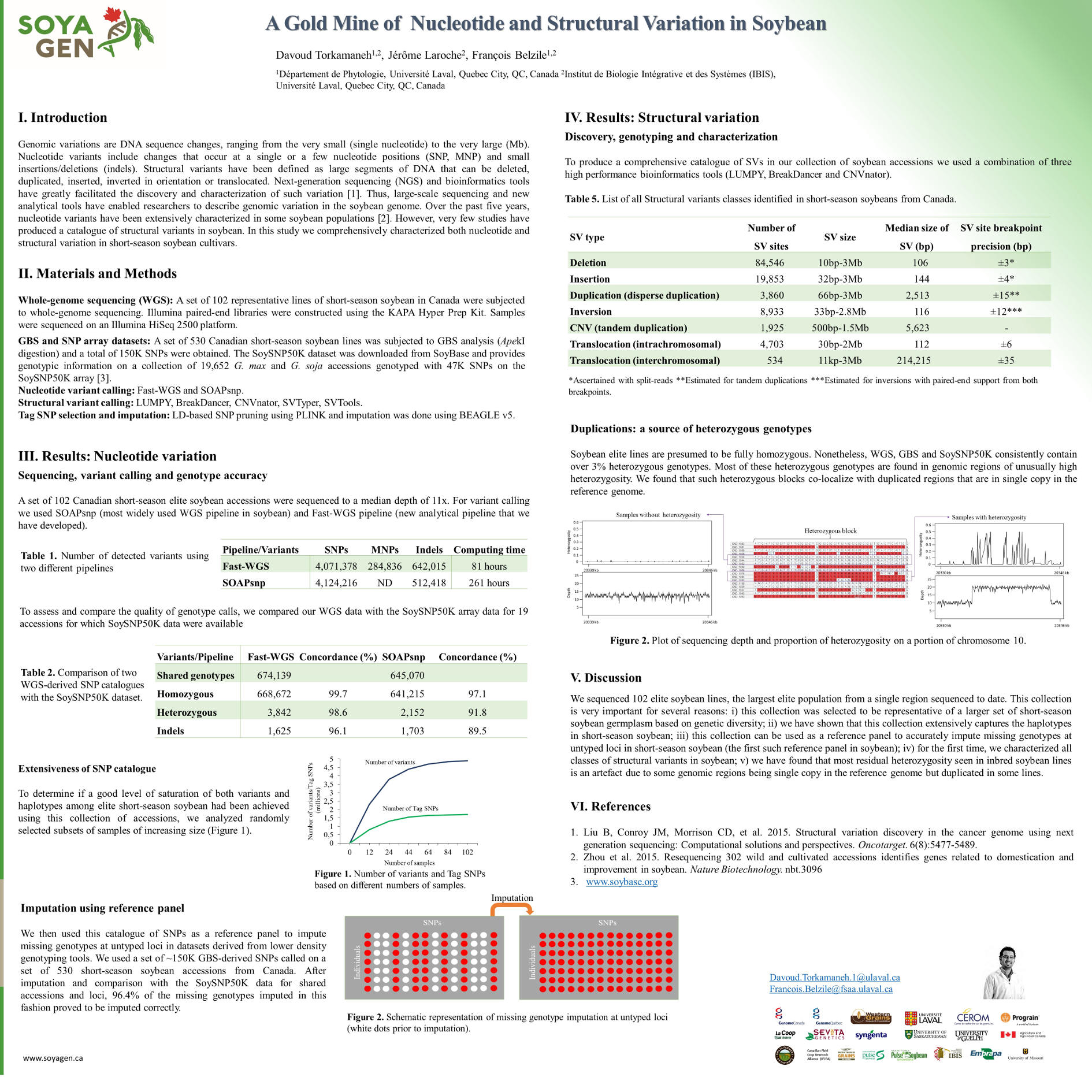 In this work, we report the resequencing of a collection of 102 Canadian soybean accessions. Selection of these lines was guided by a detailed genotypic analysis (>50,000 SNPs) to ensure an excellent coverage of the genetic diversity present in this germplasm. These accessions were sequenced to a mean depth of 11x. Using a new analytical pipeline that we have developed (Fast-WGS; unpublished), we identified 4.1M single (SNPs) and 284K multiple nucleotide polymorphisms (MNPs), as well as 642K InDels. To assess the quality of these genotype calls, we examined 47K SNP loci on the SoySNP50K array for which data was available for 19 accessions in common with our set of 102. A very high level of concordance (>99.98%) was obtained across this very large data set. Using haplotype and linkage disequilibrium analysis, we identified 1.7M tag SNPs which capture the haplotype diversity in this collection of short-season soybean. We then assessed how this exhaustive set of tag SNPs could be used as a reference panel to impute missing loci on accessions having undergone more shallow genotyping. A set of 530 soybean accessions were genotyped via genotyping-by-sequencing (GBS) and this yielded a catalog of 156K SNPs. After imputation of all 1.7 M tag SNPs, the accuracy of the resulting data set was tested by comparing imputed genotypes to known genotypes. The very high accuracy of this imputation leads to a fine-scale genetic characterization of lines, almost equivalent to that achieved via resequencing, but at a fraction of the cost.