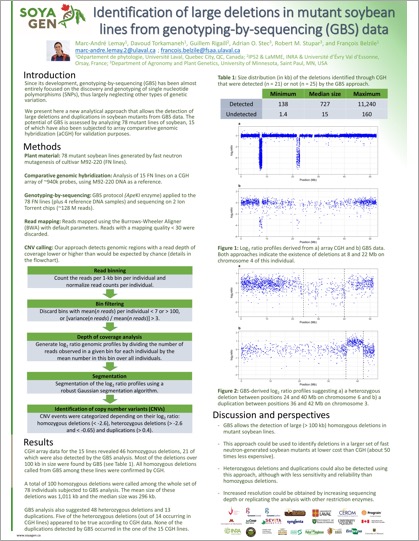 Genotyping-by-sequencing (GBS) allows efficient identification and genotyping of a large number of molecular markers by sequencing a constant subset of the genome captured through the use of a restriction enzyme. However, technical developments regarding this approach have been almost entirely focused on the discovery and genotyping of single nucleotide polymorphisms (SNPs), while neglecting larger-scale variation. Here, we present an approach that detects large deletions in soybean lines from standard GBS data by identifying genomic regions with lower-than-expected coverage. We tested this approach on 92 mutant soybean lines obtained through fast neutron mutagenesis of cultivar M92-220. Deletions identified following GBS were validated using comparative genomic hybridization (CGH) data obtained for 8 of the 92 lines. The GBS-based method detected 5 out of the 7 deletions observed by CGH and did not detect any deletion not found by CGH. Among the 92 individuals subjected to the GBS protocol, 111 high-confidence deletions (with mean and median size of 900 and 194 kb, respectively) were found. Preliminary results indicate that heterozygous deletions and duplications could also be found by this GBS approach, although with lower sensitivity than homozygous deletions. Our results suggest that GBS can be used to efficiently and cheaply detect deletions larger than 100 kb in size, with higher resolution in euchromatic than heterochromatic regions. This approach could be used to characterize a larger number of mutants from the same population so as to make full use of the potential of this genetic resource for functional genomics. 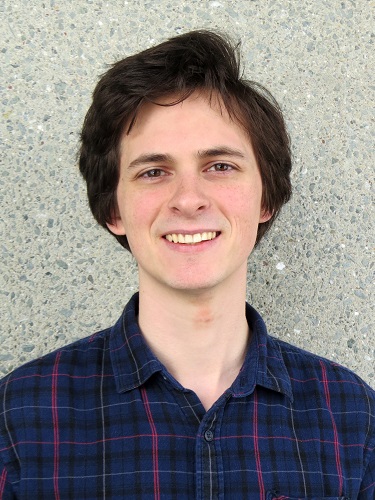